Komla Dumor: Respected and admired radio and television presenter who played a leading role in transforming the coverage of Africa

Obituary of Komla Dumor in The Independent by Marcus Williamson

Alexandra Bastedo: Co-star of the late-1960s science fiction espionage series 'The Champions' who went on to run an animal sanctuary

Obituary of Alexandra Bastedo in The Independent by Marcus Williamson

Amiri Baraka: Poet, playwright and civil rights campaigner whose work made him a central figure in the Black Arts Movement


Obituary of Amiri Baraka in The Independent by Marcus Williamson

Barnaby Jack, the elite ethical hacker who had demonstrated computer attacks on cash machines and heart pacemakers, died of accidental drugs intoxication, it has been revealed today.

Information received from the San Francisco coroner's office (see document below) has confirmed his cause of death as "Acute mixed drug (Heroin, Cocaine, Diphenhydraminem, Alprazolam) intoxication". The manner of death is shown as "Accident". The report is dated 28 December 2013 and shows an amendment date of 30 December 2013.

At the time of his death on 25 July last year, the New Zealand native, who was 35, had been scheduled to present a session at a conference, entitled Implantable Medical Devices: Hacking Humans. As part of the presentation he would have discussed and demonstrated the ability to remotely manipulate a heart pacemaker. The possibility of such an attack had already been demonstrated in fiction in the television series Homeland.

Apart from the drugs heroin and cocaine, the two other drugs listed are Diphenhydraminem, an antihistamine and Alprazolam (trade name Xanax), used in the treatment of anxiety.

Jack had in the past shown attacks on Automated Teller Machines (ATMs) where the machine could be made to disgorge cash on demand. He had subsequently found a fault in computerised insulin pumps which could allow them to give lethal overdoses.

His motivation throughout his work, in carrying out "ethical hacking" was to improve the security of such devices, by exposing their flaws before they could be exploited by others.

Jack worked for the company IOActive, where he was a Director.

See also: Obituary of Barnaby Jack in The Independent by Marcus Williamson (30 July 2013)

by Marcus Williamson, Freelance Journalist
If you use this news item, please credit the author - thank you 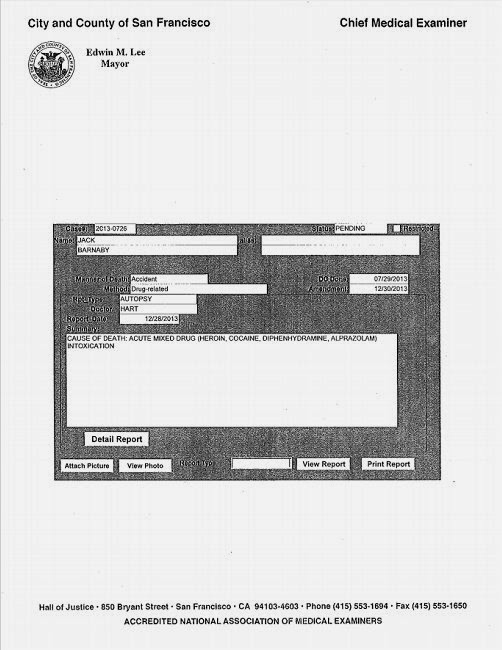 Sally Vincent: Interviewer with a flair for getting to the heart of her celebrity subjects, and an ear for a well-turned phrase


Obituary of Sally Vincent in The Independent by Marcus Williamson

John Fortune: Comedian and author best known for collaborations and sketches that poked fun at the powerful and self-important

Obituary of John Fortune in The Independent by Marcus Williamson

ceoemail.com is a website providing the e-mail addresses for CEOs of many companies worldwide, to help with consumer complaints and campaigning